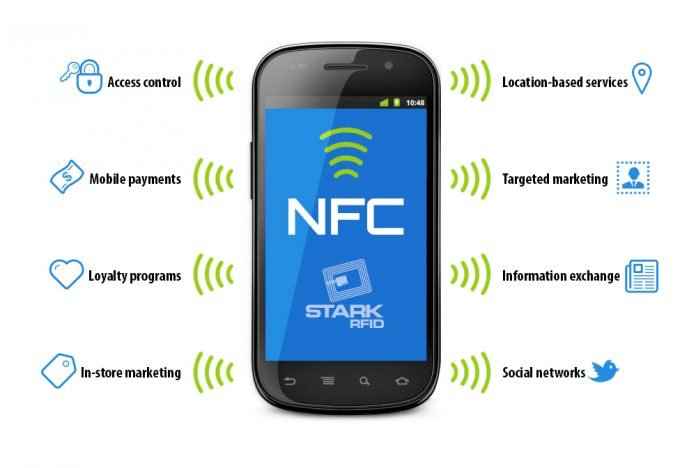 In my last post, I talked about a few technologies that we’re missing here in the Bahamas. The first is NFC. NFC stands for Near Field Communication, a feature that allows devices to share information at short distances. This is generally used for payment systems like Android Pay, Apple Pay, and Samsung Pay. It is also used to share contacts, files, or thanks to Android Lollipop even backup info from a previous phone. You can also use NFC tags to make your devices do things quickly.

Well, there’s the fact that NFC is mainly on the higher end phones and tablets, devices which not everyone can afford. A quick look over at PhoneArena shows only 390 phones that have it, and almost all cost $300+.

For those that are under, there’s still the fact that there’s generally a model that doesn’t support it. These, of course, are the models people are buying because they are slightly cheaper.

We can make requests for these cheaper devices or request for more devices with NFC built-in on a whole. Phone companies or electronics stores which sell phones will tend to move with what customers ask for. The key comes in enough of us doing so.

Presently we have no banks which will allow linking an external source to their online banking sites. They also have no current need to build in any payment systems for NFC payments. This means that even if we have the funds to get the phone, say the iPhone 6 or Galaxy S6 or Nexus 5/6 (that’s a lot of 6’s), we still run into one major problem.

We wouldn’t be able to add our bank accounts or cards to pay with them. Not only that, but if it reads you’re in the Bahamas, it might not even offer the feature, period. These systems are trying to work with the banks, getting ties into their systems and forming agreements. If there’s no way to tie in, then all that breaks down into a scenario, “Well, tell me whenever you guys get up to speed”. That leaves us in the dust for now.

It costs them money to re-vamp the system, so they aren’t about to do it unless a lot of us ask for it or it becomes necessary.

Keep on our bank’s backs about getting up to speed. Some may argue that it’s not needed or we’re too behind the times, but that’s exactly why we should. Until banks get on this, we won’t be able to push using it in stores for easier payments. We won’t be able to do mobile transactions for things like Square or PayPal here either since they use some of the same ties (APIs).

Whether it’s the government holding it back due to laws or just the banks, the discussion needs to be started.

No one is promoting NFC, even the basic features like transferring information or promotions where you tap your phone against a sticker to get a discount. There’s a lot that can be done with NFC, even without the above problems being fixed. Let me count [some] of the ways.

Promotional posters—Use this to give directions to your store or more information on a product. One such example: A laptop, there’s generally a spec summary printed out but why not have an NFC tag too which lets them get even more information on it online?

A restaurant—Use this time to woo your customers with an NFC tag which takes them to customer reviews, recommendations, etc.

A service—Let’s say customers want some help. Just tap against an NFC tag, it sends a signal to say they need help and at which tag they’re at. A customer service agent comes and assists. This can be taken even further if they have their own app.

Let’s be real about it, few places sell these down here. Most of the people I’ve seen with them have bought them online and brought them in. Once we can get a few more places selling them, and places promoting the use of them, we’ll be in the starting processes.

Much like #1/2’s solution, just keep requesting it. Eventually, places will see it as a need and start to bring it in to meet customer demands.

Over the past week a lot of news sites...
Read more
Shower Thoughts

Mobile in the Bahamas isn't where it should be....
Read more
Mobile