Embargos are dropping on Android’s newest operating system and people are itching to try out the new software. I, myself, have been testing the software out for a few months on developer releases and I’ve been loving it, but what’s new?

The biggest part of Android 5.0 is arguably something called Material Design. I actually wrote quite a bit on it during the first built on BTC’s Tech Lounge here. In sum, it makes it pretty, fluid, and reactive to different screen sizes.

Oddly enough, because of how the code’s been redesigned (using the new ART runtime which supports 64-bit), even with all of the animations and beautification that’s been done, the system has gotten even faster than ever.

“
But that’s not all. While it’s faster, prettier and more responsive, it’s also now working between devices – and not just in one way. First off, it allows you to view relative information between your wearable, your phone, your tablet, your Google TV/Chromecast and your Google powered car (still in development).

Also, if you are moving between devices it will offer to pull data from a backup Google stored of which devices, WiFi settings, app positioning (or folders) on your homescreens, and other such pleasantries. This one came as a surprise to me while flashing between developer releases, and it actually goes back awhile and pulls data even from other devices.

Speaking of new devices, if you have two devices side by side and they both have NFC then you can transfer data between both during the setup of the new device. I really hope both of these features aren’t disabled by OEMs.

Notifications also get a boost, and you can now opt to hide the content of a notification on the lockscreen or show it. 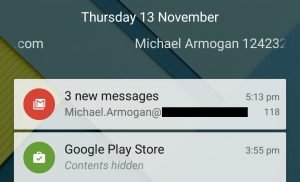 There’s also something called Priority Notifications, which helps get rid of those “Do Not Disturb” apps that some of us might be using. You can set times, days, if starred contacts/anyone/no one can reach us, and which apps can ring through. It also does allow it to be priority for however long we decide, say we’re in a meeting for just 1 hour. You know it’s on because of the star icon in the notification bar.

There’s also built in encryption, but there’s some catches to that. 1, it only works with sense if you use a password/PIN/some kind of code. 2, it only works, out of the box, on a device that COMES with Lollipop. If you upgrade, you have to wait 45 minutes to an hour to have it be encrypted. Otherwise, that upgrade would have taken MUCH longer. And 3, it doesn’t ecrypt SD cards so you have to use a third party one on that.

Next up, Multi-Users has come to phones. Previously it was available for tablets, but now you can just enable the Guest account and hand it over to your friend. No more worrying about them going through your personal stuff – just remember to put on a password so they can’t switch back. 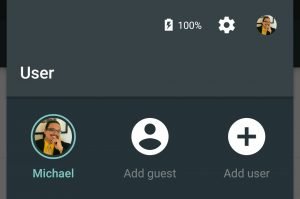 In line with sharing your phone, if you want to lock the screen on a particular app, say a games app for your kid, there’s now a Screen Pin option (similar to iOS’s, but not quite as powerful). 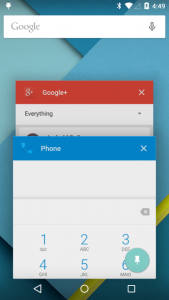 The voice command, “OK Google”, now can also work from the lock screen (like the Moto X from last year), and also from inside any app on the phone. I tried it to test it in Hodor speak and it works perfectly.

Battery life has been improved with the built in Battery Saving mode, codenamed Project Volta. I’ve used it in the past, and for awhile I used to just keep my phone in this mode just so it lasted that much longer. In sum though, expect it to give you between 1 hour to 2 hours extra without sacraficing too much.

Lastly, and admittedly something that annoyed me once it appeared built in on iOS, is the built-in Flashlight button on the pull down Quick Settings. As soon as I saw this, I deleted my flashlight app from my phone. 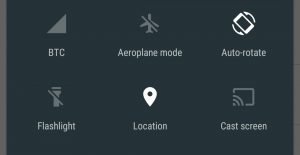 Previous articleThe Galaxy Note 4 – Just a little better than the 3
Next articleAndroid’s Trusted Places isn’t so great, but why?

The Galaxy Note 4 – Just a little better than the 3

If you were hoping for something grand, guess again....
Read more