Why has the mobile innovation stopped? 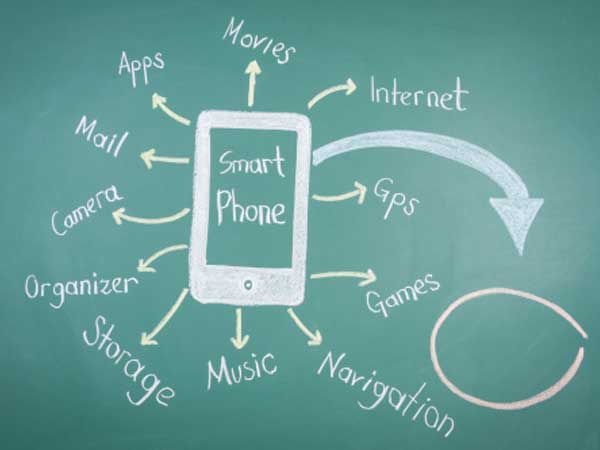 Since mobile devices were first popularized, and I’m talking back from Palm Pilot and the like here, innovation has been a very bumpy slope. 2007 was the defining moment however, when Apple changed how we looked at smart devices or rather, “smartphones”. Before that, it was popular to have a BlackBerry. Enterprise/business person? Gotta have a BlackBerry. Lead a busy life and need something to track it? BlackBerry. This, BlackBerry, that, BlackBerry. Either way, 2007 was a momentus year that was well needed in this field. In recent years though, why does it feel that the innovation has hit a wall?

Let me explain, from what I’m seeing nothing new has really come out from the last two years other than stuff with cameras. At least nothing that pops out and makes someone say, “WOW!” Right now, it seems that most are focusing on design of the exterior while some are just reworking older options into either the hardware or the software. Let’s take a look.

Apple, kingpin of both innovation and copying ideas, released the iPhone 5 which added pretty much only a row of new apps to the phone’s screen. People are still asking for a larger iPhone since the current size just feels small now. The software added some extra features like AirDrop which is a lot like WiFi Direct, just multi-user instead of single and also doesn’t need NFC to pair the devices. Actually, Apple refuses to use NFC on the whole, using every method possible not to.

They then came and released the iPhone 5s and 5c. The 5s brought a new color, gold, and a finger print scanner. The first smartphone to use a finger print scanner was the Motorola Atrix 4G, an Android device, but Apple took it a little further and used a method which doesn’t require having to swipe the finger across something. You just rest your finger on top and it does the job. Samsung came with the same idea, after it was rumored that they were already working on an optical scanner instead. Sadly, it was just like the Atrix in its swiping ways with the exception that it too used the home button (like the new iPhone 5s). Of course, the 5c was just a colorful version of the old iPhone 5.

NFC, Bluetooth, WiFi Direct, great cameras (seriously, even low end phones are getting 5-8 megapixels now), clear and color rich screens, fast processors, and more. Already done. I’m sitting here wondering, “When is the next big thing for smartphones goingn to arrive?” To be honest, with how wearables are going we might not even see another “Next Big Thing” for awhile for smartphones … unless they use my idea of making it into a hub. Smile

I am keeping my eye on Wireless Charging, which is likely to still be years away from serious deloyment, what 64-bit will do for Android, if Windows Phones will make a play like BlackBerry’s last ditch effort (allowing 1Market into the app store to install Android apps), mobile payments and better biometric checks. All of these have great potential, but just limited reach for now.

Previous articleIn 10 years, will we still be using smartphones?
Next articleAugmented Reality or Virtual Reality?